After Teams Aaron and Emre split, they attempt to survive on their own, but end up attacking each other to get supplies.

Aaron's team is obsessed with having sex and doing science. Aaron accidentally sends Metastergo forward in time to an age when Emre rules the world. He wears no shirt, sacrifices people, and allowed Bwett to have a bar called Fecal Fridayz. He then turned Epsilon One into a leprechaun called Elfilon and mutated Graskull into a giant killer monster.

Emre and his team focus on infiltrating Pleasure Shire and taking all of their things.

The characters spend the season divided into two factions.

This season uses Alpha 15 and is the third season (following Seasons 1 and 7) to use the developer-created Navezgane map. Significant new additions include:

This season also sees the growing use of modded content, used most conspicuously to give characters unusual appearances (such as Elfilon and the mutant Graskull) and to introduce new UMA "zombies" - the devil babies and devil boys. 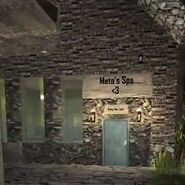 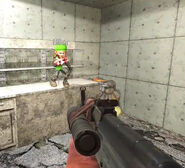 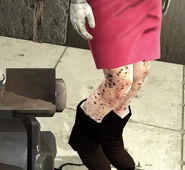 Taking care of the kids in the Shire 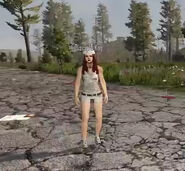 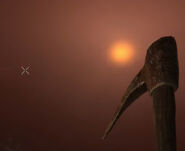 Bwett messing with the name

Season 8 REMASTERED thumbnail
Add a photo to this gallery

Retrieved from "https://game-society-pimps.fandom.com/wiki/7_Days_to_Die_(season_8)?oldid=12111"
Community content is available under CC-BY-SA unless otherwise noted.