Pleasure Town is a fort that Aaron and Emre built in Season 7 to accommodate survivors who might want to join their newly founded community. A few survivors do end up arriving at their doorsteps and are admitted as residents. Both Aaron and Emre share the role of leaders in their community; each has control over their own area of town.

The new survivors are sorted into "houses like in Harry Potter" with Aaron and Emre each leading their own house.[1]

Pleasure Town is fortified with spikes and a moat separates their community from the world beyond. Unfortunately for some of the residents, there is no bridge across the moat and the moat must be jumped across in order to cross to the other side.

By the end of Season 7, every structure in Pleasure Town other than Aaron's house and the outer walls has been destroyed. In Season 8, Aaron and his followers drastically remodel Pleasure Town to create their new fort, Pleasure Shire.

Super Church is Emre's place of worship. This building is the first place the new survivors entered to put their belongings into a box of their choosing and listen to Emre's sermon. All residents were supposed to attend Super Church on Sunday but this never materialized. There is also a room to the left entering to the house that Emre calls the inner sanctum. There is a bookshelf full of books, a corpse holding uniforms for his disciples, and a safe with arms.

The Super Church has been defaced and the letters on the front of the building once read "SUPER CHURCH SUCKS." Team Aaron has also had sex there and Bwett has unsurprisingly thrown poop in the building. Due to these events, Emre became so mad at the church goers that he closed his Church to public. Graskull destroyed the entrance to the Church in revenge but SP Cakes destroyed the Super Church completely and the ground below it leaving Emre with nothing to rebuild.

Aaron's lives on the other end of Pleasure Town from Emre and his Super Church. There is an arch at the end of his driveway. Starting at the main entrance, there is an office to the right and a bathroom down the hallway on the left. Continuing down the hallway on the left leads into a private bathroom for Aaron. This bathroom is also connected to Aaron's workshop in the garage. To the side of the bathroom are two bedrooms, one that Aaron uses as a jail for people who are bad. The bedroom also has an empty closet.

In the center of the house is a spacey kitchen and a living room, which Aaron calls it his "party room." The kitchen has a range, a fridge, and a counter in the middle. The party room is used for intercourse, as in "talking."

By the foyer is a set of stairs that lead to the upper level. The open room to the front of the house has radio equipment used to pick up signals from other survivors. To the back of the house on the upper level are a few bedroom, which can be used to take the party upstairs.

On the roof of the house is a little forest, where Aaron succeeded in growing large trees up on the rooftop. There is a pool to the side of the house and at the bottom of that pool is a secure door leading to a cavern. The cavern entrance is designed in a way that it looks like a dick and the pool above is liquid that is emitted from it. Going deeper into the cavern leads into a long hallway. At this end of this hallway leads to the bottom of the spike pit where Aaron goes and repairs them. 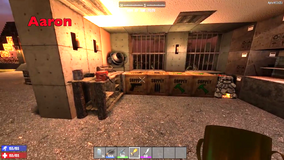 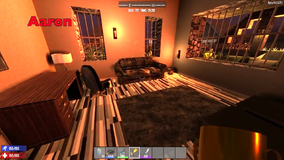 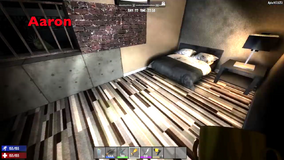 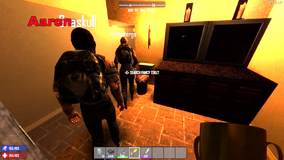 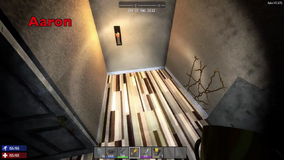 Closet attached to the extra bedroom 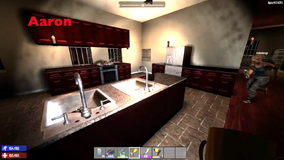 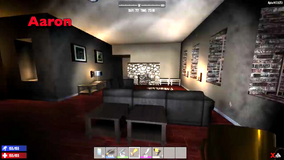 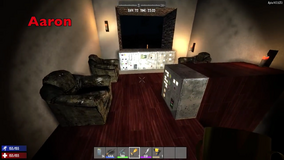 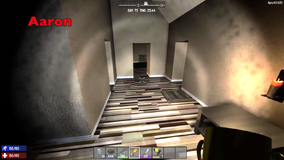 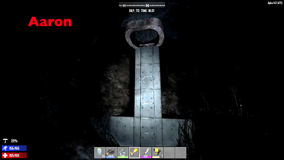 Entrance to the maintenance of the spike pit shaped like cock and balls. 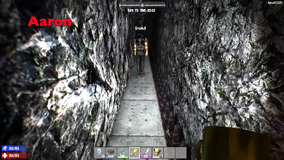 Maintenance of the spike pit around Aaron's house

Emre's house is located right across from the Super Church. The house has a large phallic sign labeled EMRE vertically just above the main entrance.

First entering the house, there is a large foyer that opens up to the upper level. On the walls of the upper level are words inscribed "JESUS LOVES YOU" and "BURN IN HELL." To the right of the entrance is a room with a few armchairs and a few end tables. Emre claims he barely ever goes there. He has a simple bathroom and bedroom on the lower level.

On the upper level are the workplace similar to Aaron's garage and a bedroom with a view of Super Church. This room is given to JWM. In the attic is a bedroom with a flat screen TV and to the back of that room is a wall that has the words "GOD LIVES" plastered in big letters. This wall has a door that leads to Emre's ritual room where he has bodies lying around calling to his savior.

Emre and his followers vacated the house after being fed up with Aaron and his followers. Having already lost his first house, Epsilon One takes this opportunity and moves in. However, to his dismay, Graskull also destroys Emre's house.

Later, when Aaron's team rebuilds Pleasure Town to create Pleasure Shire, they build a graveyard on Emre's old property called the Friendship Grave. Mementos of Emre and his followers were placed in empty coffins. 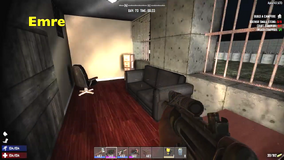 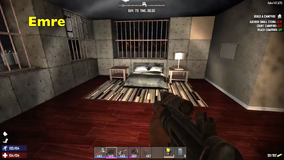 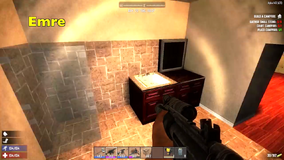 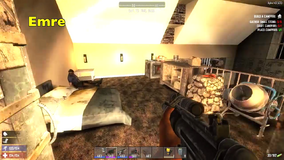 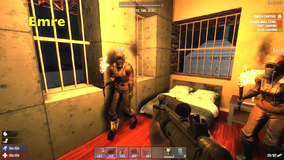 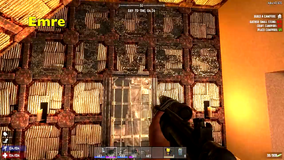 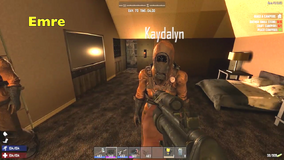 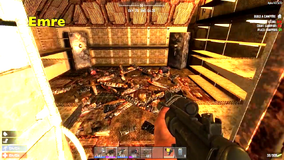 Back by the pool on Aaron's property is a hatch that leads down to Aaron's underground lab. His lab can be accessed by going down a long ladder down to a small landing area. The landing area has a few supports but the laboratory equipment is further down the bunker. The laboratory equipment is stacked several feet above their heads and continues for several yards on each side. At the very end of the laboratory is a glass wall, where his subjects are placed on the other side.

In his laboratory, Aaron experiments with zombies, researching immortality by trying to extract their virus. He also has a time machine.

The lab was infiltrated by Emre and his followers after digging a hole from the Super Church to Aaron's Lab. They placed dynamite to blackmail Aaron but the dynamite detonated when Graskull discovered them there and fired shots.

Later Graskull created a time machine for Aaron at the destruction site of his old laboratory.

The survivors' house exists between Aaron and Emre parts of town. It is across from a undeveloped piece of land. The building was in bad shape and needed repairs. In preparation for the seventh day attack, Emre decided to plant bombs in the building and use his disciple, Kaydalyn as bait, if ever in an emergency.

Epsilon One took ownership to this house as other survivors got sorted in either Aaron's or Emre's house. Unfortunately, Aaron destroyed Epsilon One's new house as celebration for surviving Day 77.

A narrow underground tunnel runs through Pleasure Town, which was used to blow up the Super Church. Traps were planted in the tunnel and Aaron's time machine equipment was stolen there to be used to create a time lag explosion. The tunnel ran across town from Super Church to the plot of land across Aaron's house, where there was a ladder up to the surface and then continues along leading out of town.

This tunnel is separate from the tunnel created by Emre and his disciples, which ran from Super Church to Aaron's laboratory.

The War Elephant is JWM's creation for Kaydalyn for her to spend her "unclean days." As religious as she is, Kaydalyn cherishes it and wanted to bring it along when Emre's team left Pleasure Town. JWM assures her that a new one could be built.

The building has one small closet sized room with a hole in the middle dropping down to a small fire. This is the "disposal." The building exterior has been described as an elephant that Jesus rides to war with. JWM originally meant for the building to look like a creature with tentacles.

The building was destroyed after Emre left and was replaced by a red dick monument.

The statue replaces the War Elephant built across from Aaron's house. The tower is red and has water dripping along side it.

This article is a stub. You can help Game Society Pimps Wiki by expanding it.

Retrieved from "https://game-society-pimps.fandom.com/wiki/Pleasure_Town?oldid=10830"
Community content is available under CC-BY-SA unless otherwise noted.